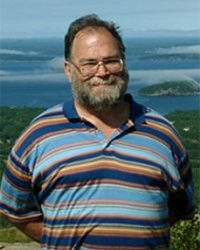 The elite United States Army Airborne Rangers’ motto “Rangers Lead The Way!” originated when the US Army Rangers were tasked in the June 6, 1944 Normandy Invasion to arrive on the beaches under a swirling maelstrom of withering German machinegun and artillery fire, to climb straight up a cliff and destroy enemy gun emplacements that threatened to annihilate US troops.

I became a Ranger in 1977 after completing the grueling United States Army Ranger School Course. This training was 58 days straight with two eight hour breaks, and, up to that point in my life, losing 25 pounds of body weight was the most arduous task completed. Several months before beginning Ranger School, I witnessed the shooting death of a friend and fellow Infantry Officer Second Lieutenant on an aerial target engagement range. Unknown to me or anyone else—because Post Trauma Stress Disorder was not yet recognized as a diagnosis—I developed a raging case of PTSD, complete with black dog depths of depression, anxiety, survivor guilt, and a deep sadness I feel even to this day thirty five years later.

I saw my friend lying,
Brainshot dying
And standing nearby I shall always ask why not I?
–Walter Hudson

After serving three years with the 101st Airborne Division (Air Assault), I left the army to become a roustabout. I wrenched pipes together to build oil wellheads and tank batteries, dug ditches for pipelines, and did whatever was necessary to construct what you might recognize as oil wells. I eventually owned several small independent oil and natural gas exploration and production companies, until one day, someone made a mistake at one of my newly fracked wells and I was struck by a high velocity pipe in the ensuing explosive release of natural gas. Lying unconscious in a cloud of gas, my brain recorded what would become more PTSD stressors, and in the recovery from the physical injuries, I found that I could no longer bear to fill up my diesel car, assist my father on his farm because of the exhaust fumes of the tractor, and I morbidly feared going near my wells. Then tragedy struck again when in a month and a day, I survived two mild traumatic brain injuries that robbed me of the ability to read polysyllable words and understand body language and changed my personality enough that it interfered with many of my relationships. The black dog of depression attacked with ferocity, as subsequently I was forced to abandon graduate school and was later fired from my job as an emergency medical technician. Then on March 9, 1999, I survived the rollover of a pickup truck in which I was a passenger. I required surgery on my right shoulder and had a third TBI. Within seven months, I was diagnosed with narcolepsy and hospitalized for mania, where I was told I had bipolar disorder.

Since then, I founded Advocates For Mental Health, The Depression and BiPolar Support Alliance of Wayne and Holmes Counties (Ohio), and became the second Ohioan trained as a Facilitator of Wellness Recovery Action Plan (WRAP).  Becoming a Master WRAP Facilitator,  I conducted the first WRAP Facilitator Training in Ohio in 2003. Subsequently I assisted Mary Ellen Copeland,  Ph.D., and Ed Anthes in writing WRAP For Veterans and People In the Military, and assisted Jane Winterling in writing Steps To Wellness: A Manual For Building Community Supports. I became a Certified Peer Specialist after being trained by Larry Fricks in Georgia in 2004, and I returned to Ohio to advocate for Ohio adopting certified  peer support as a Medicaid billable service. Later I served as the Senior Project Manager of The Ohio WRAP Study, the randomized trial of WRAP that resulted in WRAP being recognized as an evidence based practice last year by SAMHSA.

Personally, the years of black depression, mania, and alcoholism have given way before vigilant perseverance in self-directed recovery using Dr. Copeland’s WRAP and Dr. Seligman’s Positive Psychology. And, since 2009, with the help of a VA psychiatrist, I am free of enslavement to alcohol, nicotine, and no longer use any psychiatric medicines or any kind of therapy. I have lost 80 pounds in weight, resumed teaching Hakko Ryu Ju Jutsu, taken up yoga, and am in the best physical and mental shape I have been in the last 20 years. Rangers Lead The Way!