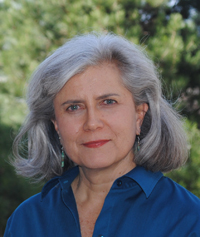 Hope deferred makes the heart sick, but desire fulfilled is a tree of life.
Pr. 13:12

This scripture beautifully describes the journey I have traveled in healing from profound symptoms of Bipolar I disorder and PTSD.  For many years I did not have the hope of living a full life. Hope lay on a dry river bed of despair. To give perspective, I am fifty-eight years old, and I am thriving now. I enjoy meaningful work, writing, family and friends, recreation, and pastimes. I work in the field of geriatric social work, both in hospice and mental health, as a licensed master of social work and a thanatologist (death, dying and bereavement counselor.)

I want to focus on work life since it was so difficult, yet so rewarding for me to come to a place of fulfillment. I had some jobs during my twenties and early thirties. In my late forties I again began to work a bit. But, for the seventeen years in between I received Social Security Disability Income (SSDI.) I felt so ashamed when I first received the letter from the Social Security Administration that I called their office and told them, “I don’t need it. I’m going to be okay. Give it to someone who is truly sick.” I told a friend of mine what I had done, and she said to me, “Call them back! It is a lifeline from God! Take it.” Fortunately, I listened to her because I needed an income to live; I could not work or study beyond a month or two before getting sick again. This was a crushing blow to my hopes for a career. My heritage was of a family of doctors, for heaven’s sake.

Why couldn’t I have hope for that kind of success? What kind of hope could I have? I had been struck with a psychotic episode when I was twenty-five. By the time I was thirty-one I’d had three psychotic episodes, and that third one got my attention. I began the journey to find out what was wrong with me. That was in the day when mental health diagnoses were long in coming for some of us. It took another three years to get a definitive diagnosis, and I went through shelter homelessness, public assistance, and multiple combinations of medications and therapies before I had any kind of stability.

But, despite the best efforts of us all, I had at least twenty-two hospital stays. I stopped counting when I was forty-two years old. When I add it all up I’ve spent about a year and a half of my lifespan in a psych hospital. This is a sad fact, and I hope others can be spared such a history, or such a future.

A turning point occurred when I was forty-five. I became involved with the mental health consumer movement, and soon my state’s Behavioral Health Department contracted me for ten hours/week to revitalize the DBSA local chapter. I am especially proud of my collaboration with the board to get a grant that allowed us to provide contractor positions to consumers. They worked in various capacities, some of them moving on into the work world. I also served as president; giving to others more than I ever thought I could.

What a gift I’ve been given! I haven’t had significant symptoms of Bipolar I or PTSD since that time. I think this is because I: had the attitude, “I’ll do whatever it takes,” relied on my faith and spirituality, worked hard in therapy, stayed committed through all the medication trials, learned recovery tools through DBSA education, and gradually engaged in meaningful work.

Hope deferred does indeed make a “heart sick, but desire fulfilled is a tree of life.” I encourage all of us to grab onto hope because HOPE WORKS!