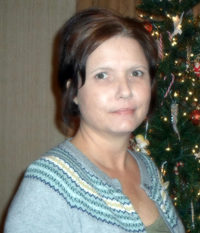 I’m a 47 year old single mother that used to maintain a wonderful career in the healthcare industry and had a very productive life until the end of 2008. After having personal difficulties, I found myself needing to take a leave of absence from my job, which led to my resignation in 2009. I experienced a deep depression and with the economic fall out, I found myself in financial debt and emotional despair. This went on until 2011 when I finally found myself so desperate that I asked for help with my dark depression. I felt alone, worthless, sad, and empty because no matter how hard I tried, I just couldn’t get a grip on life. At my doctor’s appointment, I was prescribed an antidepressant. Six weeks after being prescribed the antidepressant, I went into a full blown mania episode. It just so happened to be the first day of my daughter’s 8th grade year of school. It all began three days prior, when I found myself struggling with insomnia. It was a very scary and confusing time for me. I was experiencing increased energy, giddiness, and racing thoughts. Eventually I became paranoid, delusional, and sick to my stomach. I was confused and I did not understand what was wrong with me. I alerted my closest relative who took me to the doctor. I was immediately put on an antipsychotic and the antidepressant was lowered. I was told that day that I have bipolar disorder. After many visits, it was clarified to me that I had a chemical imbalance which led to the mental break and resulted in me being diagnosed with bipolar disorder type I.

I am lucky that I have a great, loving family, and I trust my doctor’s advice and instruction. I had to give myself time to adjust to my new self that now has to take a smaller dosage of the same antipsychotic and different antidepressant. It has been a trial and error finding what dosage works best for me. But I also had some financial and emotional setbacks. I had to move in with a family member for over a year to get back on my feet. During this time, I regained control of my emotions and became more financially secure which allowed me to move into my own home.

I have learned that I am stronger than I realized. If you have love for yourself and others, you can live a normal life with a mental health condition.

I know that I have to take my medication daily, eat right, have the proper sleep, and keep my stress level down in order to maintain a well-balanced life and to manage my bipolar I disorder—just like most productive people. I know that having a mental health disorder is no different than having an illness such as arthritis or diabetes. I am currently blogging to try to teach others that they should not treat anyone less because they may have mental issues such as I do. Being my own advocate is the first step to standing up for social equality for people who face the stigma of mental illness in our society today.

Currently, I am still a work in progress. I enjoy activities with my daughter, family, and friends. I have found it necessary not to be shameful of my disorder. Talking and sharing my story not only helps me, but hopefully could help someone else. It has definitely been a character building experience and I have learned a lot about myself and how much of a fighter I am.