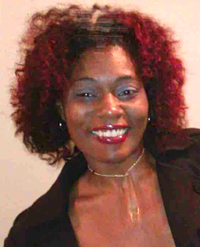 In the dark year of 1999, I was challenged with a dilemma that I thought could not be solved. But luckily, with treatment and time, I recovered gracefully. I learned how to grasp onto my once lost will while I erased my self-pity, self-doubt and self-defeat. In essence, I overcame my mental disorder, bipolar, and I refused to let it block my success in life. I never thought I would have been able to write a self-affirming story about my experience with bipolar. My suffering seemed too gloomy without any possible retraction. My psychiatric disorder began when I was twenty-six years old. I was a top customer service representative and I received many accolades for my performance along with other merits and awards until my one-year anniversary. My life took a total spin.

As a customer service representative it was normal for me to handle a high volume of calls even if they seemed overwhelming. Without notice, it seemed as if I lost control of my thoughts. The calls at work were decreasing in volume, but to me it seemed as if they were quadrupling by the millions each second. I became unaware of time. I also began to lose touch with reality. The more calls I received, the more confused I became. The voices of customers were distorted and scary to me. I also began to have “visions”. My perception of the biblical world became an unreal fantasy. Now I was in two worlds—real and unreal.

Hence, I could not perform my job any longer. My unreal mind told me that I was going on a pilgrimage, so I, without question left my place of employment, with resignation that I was “going into a new world.”

I was so focused on becoming my own Savior that I walked night and day trying to save the world, to find Jerusalem, but to no avail the many days I walked around without a plan led me not only to be malnourished, but an undiagnosed patient into a crisis center (the night I tried to drive myself to space or heaven).

Thankfully, on December 31, 1999, treatment began for me when my loved ones coaxed me into going to a crisis center. Although my behavior was mimicked in the year of 2003, and I was once again convinced to go to a crisis center again. When I was admitted I was given medication that “woke me up” or rather brought me back to reality. Once I discovered that my disorder was a lifelong illness I was disappointed as well as depressed. I turned my depression into words of pain, anxiety, and frustration on paper—I journaled every day. Tear drops landed on many pages of my many entries.

Though I journaled, I almost became reclusive. I was ashamed of who I was. But I came to an epiphany, “why worry?” My misery soon was released after three years of writing, and journaling. I concluded that bipolar should be a major concern and managed with responsibility, but not obsessed with worry.

Empowered, my low self-esteem eventually diminished. I chose to believe that bipolar was only a “condition” and a part of me, which I accepted. I began to love myself for who I am and moved forward. I regained my confidence and re-established what I had lost.  I found employment, gained control of my finances, and my social life; it was like a bad dream and waking up to a new fresh morning.

Furthermore, as recovery is always an ongoing process, I claim myself as “healed.” I continue my methods of treatment. Faith, prayer, and positive thinking contribute to my everyday lifestyle. They all are a part of my daily routine, and keep me well. I will live with this disorder for eternity, but I will embrace my journey that led me to be able to tell this story. Also, I greatly wish for others who have this disorder to overcome it and defeat stigma without giving up hope, and to identify themselves as “extraordinary.”