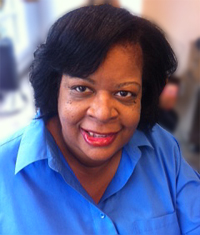 On a fragrant, spring evening in 2006, my mood and behavior were marred by somber darkness and crippling psychosis. It was my first break in several years. Screaming into the phone at my psychiatrist, I couldn’t hold back gibberish and nonsensical speech. I don’t recall, but somehow I contacted an ambulance and I was on my way to a community hospital.

My psychiatrist, who was at the hospital, attended to me. Full of grandiosity, I screeched sounds repeatedly. My clothing was quickly replaced with a white straight jacket right out of One Flew Over the Cuckoo’s Nest. I had become violent.  Kindly, they placed me in a darkened room where I ruminated about the world coming to an end. I saw myself as Jesus and concocted over and over elaborate schemes to save earth.

I envisioned myself as omnipotent. My bipolar disorder I was at its absolute worst.

After a week, excellent psychiatric care and an opportunity to rest my mind and body helped me to heal. I had arrived at this state because I had asked my former psychiatrist to take me off my medicine because of terrible side effects. After a few weeks of not sleeping, I spiraled into sleep deprivation psychosis. It was traumatic for a few days. Initially, I still resisted sleep.  However, as bad as it was, I can compare my current mental health and it is now much better. Yes, there are times when I still have hard times. But they are few and far between.

Since then, I haven’t been back in the hospital. Over the years, I have been fortunate enough to have excellent care. Even though I initially went off my medicine, I have since learned that “pharmaceuticals for better living” made a huge difference in my life.  My recovery included learning how to take care of myself.  If I felt mania coming on, I would often go to the beach and read soothing literature. I would soak up serenity. Support from friends and family eased me back to a calm state. Sometimes a heart to heart conversation with a close friend makes the difference.

I worked as a writer for most of my adult life. I wrote about health and mental health. After successive breakdowns, it became difficult for me to write and work full time. I learned that brain chemistry is altered from trauma. I am currently reinventing my writing life. Through writing and asking questions of my psychiatrist, I have learned quite a bit about bipolar. I am passionate about understanding bipolar in order to help others and myself. Education about mental illness is improving. Yet, when I shared with a neighbor that I had bipolar disorder, she was quick to call me a lunatic and looney when she became angry at me. Sometimes, I feel that my desire to help others is because of that neighbor. I am not a lunatic, but old scripts have people calling me or others names because they just don’t understand. I believe that many people are frightened of mental illness because there is so much stigma. Once I began to understand bipolar, it became my intention to educate others about the condition. I encourage those who are having mental health difficulty to seek help. A longtime friend jokingly says my picture should appear on posters for people seeking therapy. I provide referrals to therapists or other mental health professionals in order to ease suffering. I have delivered speeches about mental illness in order to reduce stigma. Sometimes that can be frightening but I believe it may help.

I recognize the need to take care of my own mental health. I recognize when I am cycling up or spiraling down, I need to intervene. I use techniques to calm myself and work closely with my mental health team. My goal is to help myself so I can help others with bipolar disorder.