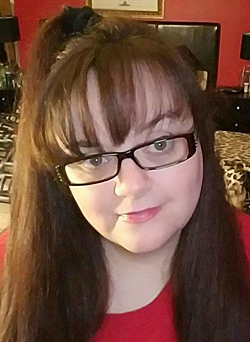 At 19, I was diagnosed with bipolar disorder. From that point, life was a struggle. My moods were all over the place. I never knew what to expect. In my late 20s, I decided that I wanted to take my life. In the end, I just couldn’t do it.

After being committed to inpatient treatment on two separate occasions, and losing every job I ever had, I had no clue where my life was headed. Anyone that I dated dumped me due to my mental health condition. Eventually, I met the man that would become my husband, and we were married in August of 2001. He was there for me when nobody else would take the risk. In 2006, we moved into our first home and things seemed to be looking up.

Life changed drastically when my mom was diagnosed with lung cancer in September of 2007. I promised her I would be at her side for everything; and I was. She passed away in January of 2008, and my life fell to pieces. I was filled with grief that I was unable to overcome.

In June of 2013 depression hit me like a brick. Overwhelmed by sadness and grief, the suicidal thoughts were taking over. I missed my mom immensely. I couldn’t cope with my life any longer. I cut myself and took an entire bottle of pills. Sensing something was wrong via text, my husband came home and took me to the ER. I stayed in the hospital on suicide watch for five days. I was then told that the state was having me committed.

When I was released, I promised myself that I would never put my husband or my family through any of that again. I decided that if I told my story, it might help people. By helping others, I knew I would be helping myself. I began writing a blog detailing my struggles with bipolar disorder.

People from all over the world have written me to thank me for coming forward. My writing has been the best therapy I have ever known. I continue to write my blog, and I’m extremely proud to be able to say that I’m now a published author. I consider myself an advocate for mental health.

Life is much better, but I need to be realistic. I will never know life without bipolar disorder, and medication will forever be a part of my life. I am OK with that. If anyone I know isn’t, I don’t need them in my life. I’m taking care of myself for the first time. I’ve lost a lot of friends and even family members because of my suicide attempt. Some people consider me selfish.