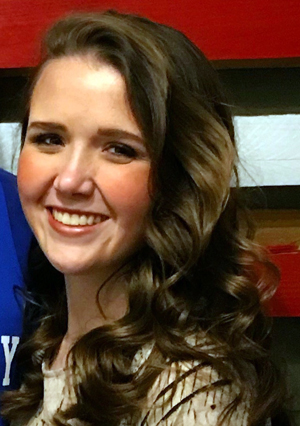 I was very blessed growing up: my parents were happily married, I was never abused, and I never had to worry about where my next meal would come from or if I would have shoes to wear to school. I used to think there was no good reason for me to be diagnosed with depression and generalized anxiety in eighth grade, but I now realize that mental health conditions do not discriminate.

I managed well throughout high school, where I was valedictorian and captain of the soccer team. When I moved away to college, two hours from home, in the fall of 2016, my depression hit the hardest it ever has. After my first semester, a suicide attempt resulted in a six-night hospital stay. I was terrified, but it was exactly what I needed. Isolation is among my most powerful symptoms of depression, but I found people in the hospital who could understand and relate to me. I returned to college for the spring semester with a new outlook. I had come out of my rock bottom; now I could survive anything.

In the summer of 2017, I started attending a DBSA Louisville support group, and I felt the same sense of connection I had felt in the hospital. I was afraid to leave my support system behind when I returned to school again in the fall, so I decided my best option was to start a chapter in my college town. This is how DBSA Bowling Green became the second DBSA chapter in the state of Kentucky.

I also discovered a passion for publicly speaking about mental health. Currently, I speak to members of college classes and Greek chapters about mental health issues, the potential consequences of not seeking treatment, and the resources available to them on campus.

Before my first few presentations, I was trembling at the podium; however, I soon realized that my message was much bigger than myself. If I could help just one person, my experience and efforts would be more than worthwhile. After my presentations, I’m often approached by individuals who are struggling or who have friends or family living with a mental health condition. These conversations continually reaffirm my belief in the power of both education and open, honest discussion. Besides, if I don’t share my story out of fear, I’m perpetuating the stigma that still surrounds mental illness.

My recovery hasn’t been a straight line, but it’s trending upwards. There are still days when I struggle, but the support of my chapter carries me through. As a sophomore in college, I have no idea what my future holds. My career goals evolve every week, and I don’t know what city I’ll settle down in. I do know one thing for sure: no matter where I am or what I’m doing, I’ll continue to speak out against stigma and fear of treatment. I believe these are the biggest barriers to wellness, and I want to be a part of the group that finally knocks them down.