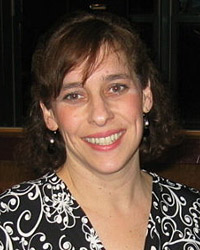 A diagnosis of bipolar disorder can change your life in an instant. Learning to not be defined by that diagnosis takes faith, support, and sheer will. My diagnosis came in September, 2001, but I had been suffering for years before that. I struggled with rapid-cycling mood swings that could take me from euphoric highs to agitated depressions within days, sometimes hours. Medication brought no relief, other than to render me too cloudy and lethargic to do much of anything. I had to leave behind a promising career in the law because working became impossible. I was not physically or emotionally available to my husband who struggled daily to take care of me and provide a stable home for our two daughters.

I was lucky to have disability insurance, and spent the next few years trying to cope with the illness. I saw a therapist, and I had a support team of friends and family. I tried some simple jobs and some community involvement, but the depression, hypomania, panic, and anxiety always got in the way. Each time a new symptom arose, I was back at the doctor for another medication adjustment. The changes never brought relief and often had undesirable side effects. By 2005, I was on a cocktail of seven medications that left me so disoriented I could barely leave home.

It was then that I went to an affective disorders clinic at a hospital three hours from my home. It was worth every mile of the trip. That consultation resulted in a change in meds that gave me a new lease on life. It took months to make the adjustment, and it wasn’t easy. I faithfully took my meds, kept all my therapy and doctors appointments, and engaged my support network. And, I got better.

Then the disability ran out, and we simply could not survive on one income. I started looking for a job. Although things were going much better health-wise, I had no idea whether I was up to the task. Could I stay focused? Could I stay on task? Could I even manage to get to work every day and on time?

I would have worked in any job that produced a paycheck, but I was fortunate to find one in human resources, a field related to my former law practice. I took a chance and told my closest co-workers that I had bipolar disorder, because I knew I would need them to be part of my support team. They were compassionate and understanding. There were times I thought I would never make it through the day, but they were there to help me stay the course. I have been employed full time since then. I have been able to further my career with positions of increased responsibility, and I am now the human resources director for a rehabilitation hospital. I’ve served on the board of my professional organization and volunteered with community organizations and my daughters’ schools.

Working a steady job was important, but I also needed to find an outlet for a personal passion: performing. In 2007, on a whim, I auditioned for a community theater production. I hadn’t done theater since I was in my 20’s. I was thrilled to land a role in the ensemble along with my husband and daughter. It was a challenge—six weeks of rehearsing several nights a week and weekends, all while working full time and having a family. I had to promise myself to sleep regularly and take my meds to keep balanced. I’ve never worked so hard or had so much fun. Then two years later I did another show, and another after that. This summer, I will perform in my seventh musical production since returning to the stage. I have joined a women’s choir that is as much about support and sharing as it is singing. I have even started to take ballet. Nothing makes me feel more alive than taking the stage, and I count my fellow actors, dancers, and choir-mates among my closest friends.

It’s been twelve years since my diagnosis. No one thing has allowed me to live a life this full. I’m thankful each day for the people in my life who told me it would be better, helped me believe it, and then made it come true.