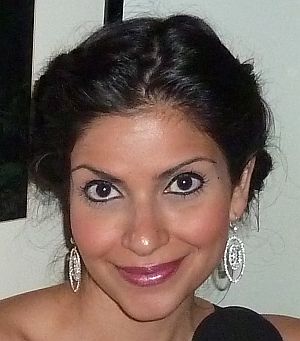 If you met me five years ago, it may well have been on a locked psychiatric ward. I may have told you I was a prophet, or a high-level advisor to Barack Obama, or a goat, or all of the above.

It took ten years, a suicide attempt, an acute manic episode and a psychotic break for me to finally get an accurate diagnosis of bipolar disorder. By that time, I was 29, and I had already graduated law school, passed the bar, earned a Master’s in Public Health, published my first book and won an award for it. I’d also overcome a serious physical illness that nearly killed me, married the smartest person I’ve ever met and read all three parts of Dante’s Divine Comedy. In short, things were going well.

Then I lost my mind. For years I’d been jumping from paradise to purgatory to hell and back. It was my normal. I was sensitive, eccentric and creative. I was highly in tune with the bigger picture. I was a philosopher. I was not crazy.

But alas, I was—or at least well on my way. I received my diagnosis in isolation. Literally and metaphorically. Still under the spell of mania and psychosis, I was having none of it. I would have been more likely to accept a diagnosis of prostate cancer than bipolar disorder.

It took roughly a month for me to believe and acknowledge my diagnosis. The antipsychotics worked remarkably fast, and soon, I was confronting the reality of my hallucinations, delusions, and erratic and irrational behavior from the perspective of someone who was neither acutely manic nor psychotic. I couldn’t very well deny the diagnosis after looking back at the things I’d done while manic: disrobing in public, yelling obscenities at an infant, trying to give away all my money and belongings—and that’s not even the half of it.

This August, my second book, Haldol and Hyacinths: A Bipolar Life, was published by Avery, an imprint of Penguin Random House. I’m now able to make a living as a full-time writer, and I recently realized a longtime dream of mine—getting an editorial published in The New York Times. My book, that op-ed and plenty of speeches and articles in between relate directly to my experience living with a mood disorder. Some might say I’ve managed to make a living off of my “disability.”

I say that I’ve managed to make a life that works for me by finding value in variation. I’m not cured by any stretch. I struggle with this illness every day. But I have consistently refused to believe the countless people (including many mental health professionals) who told me that I couldn’t get anywhere near where I am today—and that has made all the difference.

Living with bipolar disorder, writing and speaking about it, and gaining strength from others who share in this fight, I’ve learned never to underestimate the power of compassion, perseverance, resilience and faith. I now know that I can come back from hell, that I need not settle for purgatory and that heaven will wait for me. A hard-won lesson for sure, but well worth it.