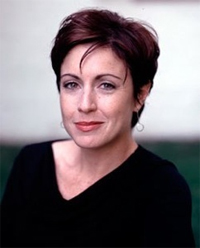 THE POWER TO HEAL

If you walk about half a block down my street, you’ll see it—the locked treatment center for kids where I lived in the late 1980s. It’s hardly changed: a brick square of a building, unassuming, a few steps up from the street, a glass door that looks like any old glass door.

It’s not, of course. It’s locked, and it’s made of three layers of unbreakable glass. Once you’re let through that first door, there’s another one, also locked, and then another one, locked. I suppose if you went up the stairs, just any old person, you’d find that the door wouldn’t open, and you’d figure the place was closed.

Not so. One floor up, there’s Unit A, and two floors, more locked doors, and you’re at Unit B. I remember the click of those bolts into place as the last of the doors clicked behind me, and I realized that the locks weren’t to keep strangers out. They were to keep us in.

Nowadays, I look like your average neighborhood dweller, and I walk past the building often on my way home or walking my weird little dog. Nowadays, I glance up at the window on the top floor where, some twenty-five years ago, my snub-nosed, freckled teenage face was staring down. I was there because, back then, I was what authorities called “a problem child.” The kids in there knew better. We knew that really what we were—what the world thought we were—was just crazy. The leftovers of a broken system, a bunch of freaked-out kids that needed to be kept off the streets and away from the world. The world then—as, in many ways, now—thought that “troubled kids” were pretty much a lost cause before we’d even begun. The world assumed we were destined for a life of the streets, bums and bag ladies at best.

Well, what the hell did the world know? I mean, for Pete’s sake.

Now, the girls are let out at 2pm for a chaperoned walk around the park—I see them every day, and I remember the burst of hot, humid summer on my face when they let us out some rare afternoons (back then, they let us out to smoke!). Listening to them laugh, I remember us as giggly kids who were, in that locked world, safe from our own pain for the first time in our lives.

Look, kid. They don’t know what’s going on with you, and they won’t for years. So, just FYI, you’re no more crazy than anybody else—not one of you is crazy, as a matter of fact, and all of you are going to survive this hard time. You’ve got a brain disorder—and in twenty-some years, so much will have happened in science, medicine, and in your own life that the disorder will  be treatable, manageable, and you’ll describe yourself as a person in recovery. They don’t know yet that recovery is even possible for people like you. They’re going to think they can write you off.

You can make it, kiddo. Just don’t give up. Not ever. You’ve got what it takes: you’ve got the power to heal.

Marya Hornbacher is an award-winning journalist and the author of five books, including the New York Times best seller, Madness: A Bipolar Life. Marya is a DBSA Honorary Advisory Board Member.