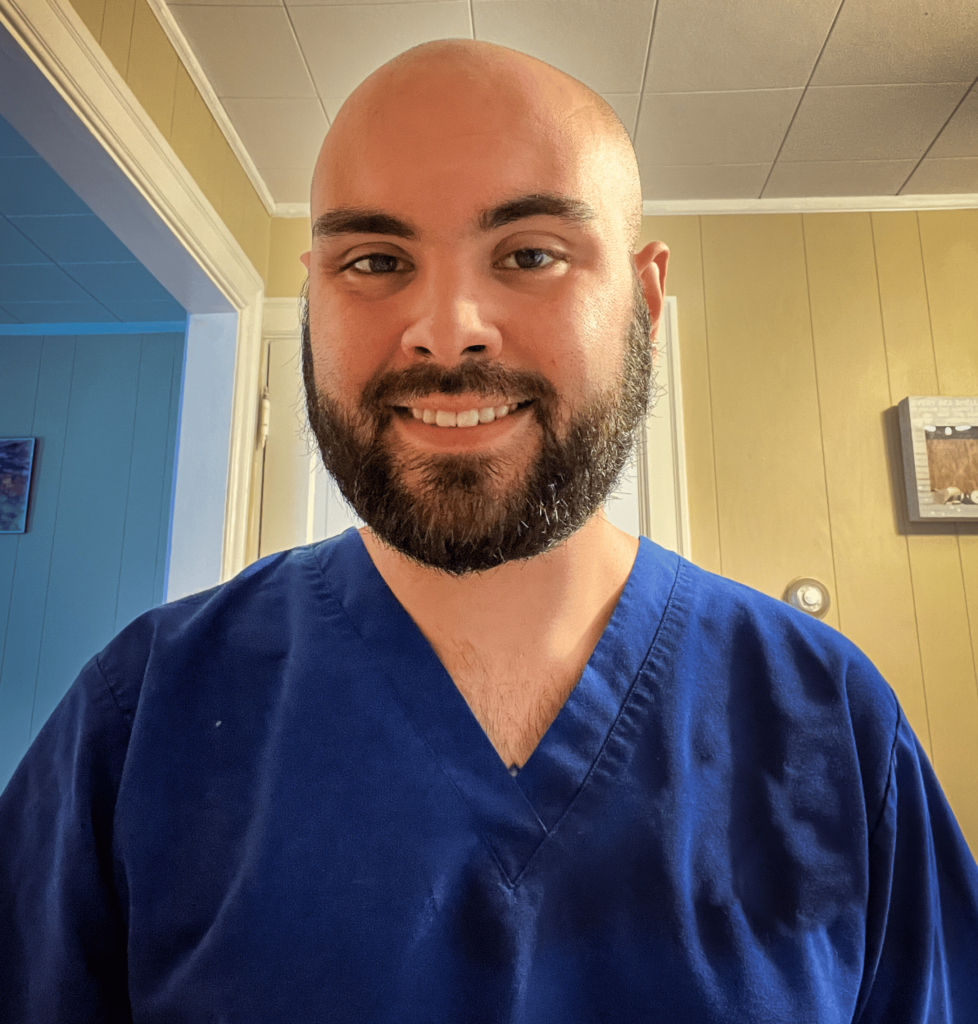 After struggling with depression and suicidality from the age of 11, alongside heavy bullying, I lost my father to cancer when I was 15. It sent me into a downward spiral with steadily declining mental health, finally resulting in me getting a “soft” diagnosis of generalized anxiety disorder, post-traumatic stress disorder, and type 2 bipolar disorder (I wouldn’t get formally diagnosed until age 27 after years of self-advocating).

The journey almost ended with me attempting to end my life with a painkiller overdose in 2015, voluntary alcohol poisoning in 2016, and asphyxiation in 2017. Thankfully, all of them failed, and I finally spoke up to someone about my demons and got proper help.

Entering the world of healthcare, I was afraid of the stigma of being a mental health care provider who was losing their grip at times. Once my closest friends forced me into counseling and to see a psychiatrist, the world finally became a brighter place. I’ve learned to embrace my journey as “a therapist who needs a therapist,” and I’m no longer afraid of that which I previously didn’t understand about myself.

I am an occupational therapist, with a background in nursing and behavioral sciences and a focus on mental health. I was previously a family therapist, and I have completed most of my fieldwork in psychiatric occupational therapy. I volunteer with several psychology-related support groups and am in the process of studying for my certified psychiatric rehabilitation provider (CPRP) credentials, so that I may once again practice mental health. My entire world revolves around unseen illnesses, both physical and psychological, and I’ve come to realize: who better to serve individuals with mental health conditions, than someone who has their own struggles as well?

I’m no longer afraid to tick off the box on resumes that states I have a psychological disability, for those who matter don’t mind, and those who mind don’t matter.

I have attended a DBSA online support group once. It was the most welcoming and open-forum event I’ve ever attended. We came from all walks of life; healthcare workers, accountants, single parents, retail workers, parole officers. I was anxious at first that my so-called “degree of expertise” as caused by my level of education would bar me from making meaningful connections, and that it may even become a power struggle. This wasn’t the case. I was an equal. We were all hurting in our own way. And we all were there for the same reason; regardless of our position in life, we were fighting the good fight.

I believe my empathy and personal experience both inside and outside of psychiatric care have inspired me to be as open as I am. I notice shoulders drop and tensions ease as soon as a “What could you possibly know about my brain?” is answered with “because I’m living this story as well.” Being transparent about my struggle has created a deep-seated trust that I fully believe very few providers (let alone people) ever get with others. My story only defines the parts of me that I allow it to, and I’m glad that I no longer must live under a façade.

After becoming open about my struggles with suicidality and bipolar disorder, the world became a brighter place, and I created genuine relationships with people, almost for the first time.

My mental health challenges may have ruined relationships and friendships in the past, but I don’t let that hold me back from living a full life. I teach several martial arts, record music, and have a beautiful life with my fiancé and surrounding friends. One day, I hope to make radical changes in American healthcare from within the ranks, being a provider who “gets it.” But more than my professional story, I’m just happy to be here. I’ve learned to stop fighting the neurochemicals and go with the flow.