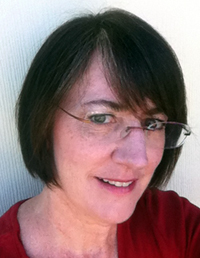 As a college freshman, I fell into a suicidal depression, believing that my family and the world would be better off without me. I knew I needed help, and saw a psychologist whose cognitive therapy helped me with my suicidal thoughts. Throughout my twenties, I used psychotherapy to cope with my depressive symptoms. In the 1980’s and early 1990’s the hypomanic symptoms of bipolar disorder type II were not yet diagnosed. I was considered an overachiever battling chronic depression. I went on to attend graduate school and become licensed as a psychotherapist, specializing in the treatment of adolescents.

At the age of thirty I had a complete psychiatric breakdown. I was unable to get up out of bed. For the first time, I turned to medical doctors for medication. A psychiatrist prescribed a tricyclic antidepressant which led to manic psychosis. I spent a week without sleep with thoughts racing in binary (zeroes and ones), about chaos theory, and about Christian mystics. Although my psychosis was manic, I was not prescribed a mood stabilizer. My psychiatrist prescribed a three-day regime of antipsychotics which stopped the racing thoughts in their tracks and allowed me to sleep. At that point, I simply couldn’t function on my own. I would fall asleep driving to my temporary clerical job. When at work, I would try to read a word or a sentence over and over, unable to string the letters and words together, unable to make sense of them. I appeared competent. No one could see that I, a highly educated and articulate former professional woman, could not read a sentence.

As both a psychotherapist and as a patient, I have experienced optimal results when care providers and family members work as a team to support the patient. Since I could not take care of myself, I returned to my parents’ home where I visited a group practice and saw both a psychotherapist and a psychiatrist. The psychiatrist prescribed a selective serotonin reuptake inhibitor. This treatment team and medication provided me with relief from depressive symptoms. My parents encouraged my recovery by giving me work to do around their home and charging me room and board. Once I was up for it, I got outside employment, starting as a temporary file clerk. This temporary position led to a decade long career in commercial real estate. Although I continued to show hypomanic symptoms, working long hours and periodically burning out, I seemed to be coping well.

Soon after moving back in with my parents, I met my future husband. On our second date, though I was living with my parents and filing invoices as a temp, he told me that I was the most independent woman he had ever met. I laughed, for my then-current life circumstances were far from independent. But, he could see beyond that. He saw me, not my illness. Three years after we met, we married and later had a son.

At the age of thirty-nine, I realized that once again I was experiencing the symptoms of mania. I sought psychiatric treatment and medication for bipolar disorder. Eventually I had myself voluntarily hospitalized, spending two weeks in the hospital and months in partial hospitalization. The hospital offered an excellent highly structured program in which we attended groups throughout the day. In these groups, I learned many coping skills and met others with similar struggles.

I look much like the other mothers in the neighborhood, but life remains a balancing act. Now fifty-one years old, I blog (kittomalley.com) and communicate online with other mental health bloggers, advocates, poets, and writers. I reclaim my life. I am a mother. I am a wife. I am a writer, a blogger. I live with bipolar disorder type II. I am a mental health advocate.