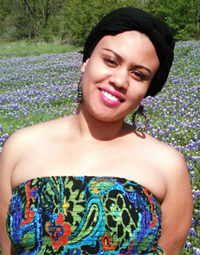 It never crossed my mind that I might be suffering from a mental illness, despite staying awake for days at a time, working myself into an aggressive stupor, or tearing apart my relationships. I thought it was just my personality until I was diagnosed with manic depression in 2004. I didn’t think too much about it when it was suggested that I attend counseling, which I did, and take medication for the rest of my life. That was my problem. The medicine. As a young 24 year old mother with two sons and a husband at the time, I couldn’t fathom taking medicine just to get through a day without feeling “different.” So I avoided medication and continued on with my life of tyranny for the next 11 years.

Finally, I hit a brick wall. No, I didn’t hit a brick wall… it hit me. Suddenly, I was in a position in my life that I had never been in: arrested. I had worked my entire life to go to college, graduate, own a business, get married (and divorced) raise my two sons and do things most people only think about. I had spiraled so out of control that it landed me in jail. That was what did it for me. Once I bonded out, I called my doctor and told her I was ready. I knew I needed the help but avoided it even when it led to me being hospitalized in 2007 for a week. Prior to my arrest, I felt that I was stronger than any mental illness, after my arrest, I was ready to seek support.

It’s laughable now but jail was the greatest reality check I needed. I went to my doctor and she started my treatment plan. What a relief. Or so I thought. It has taken me time to get over some of my past mistakes. I didn’t realize how much damage I caused the people I loved because I refused treatment. I wanted and needed to be stronger than my illness because in the Black community, mental illness feels like it is only your burden and shame, with no help for those in need. So you walk alone. I had to decide to step out in walking alone to help others.

I started to video journal my story about being Young, Black and Bipolar on YouTube as an outlet for others, like me, who are trapped inside of their minds and their communities. My videos allow me to humble myself and ask for forgiveness but most importantly to forgive myself. I try hard to stay on the right path because sometimes I want to let the worst part of me come out but I enjoy being kinder and more thoughtful of my actions. It’s nice to know who I really am versus contending with the symptoms of a mental illness gone unchecked.