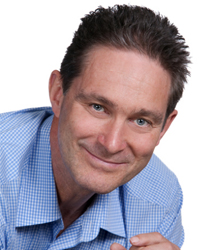 Could depression be a gift?

Beginning in 2000, I lived with a 5 year episode of depression which my psychiatrist described as the worst he had ever treated. Although I had experienced 4 major episodes of depression previously, this was in a different league. In a short time, I lost my job, my 20 year marriage, and became estranged from my 2 children.

I hadn’t accepted my depression passively. Over the course of 5 years, I tried 23 different medications, underwent ECT (shock therapy) on 20 occasions, engaged in cognitive behavioral therapy, and participated in many other programs for the treatment of depression. I also pursued many other alternative treatments, but the black thoughts, pitiful energy levels, and complete loss of confidence seemed terminal.

Recovery one step at a time

It was a long path back from the brink, but medication helped me start to sleep normally again, which was an important first step. I started walking, which wasn’t easy initially. I gradually built it up to 45 minutes a day, 6 days per week. I realized that I had been spending a lot of time inside, and getting fresh air regularly was very rejuvenating. As my mood improved slightly, I made a conscious effort to meet a few people for a walk or coffee. Even though I didn’t look forward to those meetings, I found that invariably I would feel a little better afterwards.

Meditation proved to be my next breakthrough. I completed a short course and experienced peace from my new daily habit.

The next step in my recovery was volunteering for an organization that placed people recovering from a mental breakdown to work with charities. I observed how well these people responded to working again. Suddenly they had a reason to get up every morning, to mix with people, and to make a contribution again. As their sense of self-worth grew, so did mine. 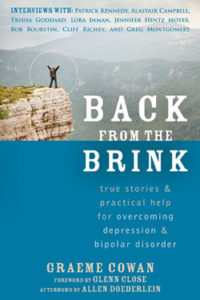 I began writing about my experiences and that of others who had overcome depression or bipolar disorder.  This eventually lead to my new book Back From The Brink, which I developed in partnership with DBSA. I interviewed former Congressman Patrick Kennedy, TV talk show host Trisha Goddard, and many others, who courageously described their recovery journey.

These anecdotal insights set me on another quest. I had personally felt frustrated that my mental health professionals focused mainly on medication and therapy, and so I decided to ask my fellow travellers “what worked best for you?”—this lead to some surprising findings.

Out of 60 options, fulfilling work rated number 6. To put this in context, cognitive behavioral therapy, the gold standard in mood disorder treatment, rated number 11, and the highest rating medication came in at number 23.

I became energized by helping those who were depressed discover the value of exercising, engaging with loved ones, finding great mental health professionals and fulfilling work. It is the most fulfilling work I have ever done.

As improbable as this seems, I now believe that my depression was a gift, because it forced me to make the truly important my first priority.

Based on the stories and research from my book, I have created a free 30 Day Mood Boost Challenge which provides people with one story and tip each day to hasten recovery. May the best in life and love and happiness be ahead of you.