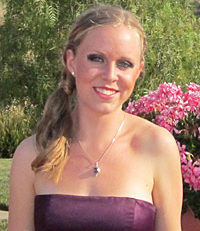 I walk into class, my shield a thick blue binder filled with my countless ideas and thoughts—my nature in disorganized paper form. Inside hide the pictures of relief—Cobain, Poe, Whitman, Twain. Others. Success stories. Reminders of what is possible inside my world. Our world.

I sit, my own little planet, and watch the passionate pleas and anecdotes—“Ban the ‘R Word,’” “Words Hurt,” “If You Only Knew Me”—on the student television show. I recognize their causes and struggles with a mixture of great respect and weary indifference. I’ve heard it all before; I’ve seen the beauty of social progression towards acceptance.

But there’s something missing.

Enter May: Mental Health Awareness Month. My mind has become increasingly preoccupied with the serious lack of education and consideration in the public school system for mental health awareness.

One could say that I have experienced the full and direct effect of such prevalent ignorance amongst today’s youth.

I received the diagnosis of bipolar II at the young age of thirteen. For nearly four years I catapulted through the air, soaring up and up and up only to plummet down to Earth, back to avoiding friends and feeling listless and empty. Bipolar disorder has been described as “the worst hell imaginable,” and I could not agree more.

That is why I take offense to the erroneous vision of mental illness. The stigmatized, generalized, and absolutely searing use of “bipolar” in everyday speech. Especially when the label is met with such horror and protest, such disgust at the very thought of being “crazy,” a daily experience I find to be incredibly upsetting and painful. I know that I am not alone in this.

Society has painted such a “comprehensive” portrait of this disorder; people can hardly tear their eyes from it. They refuse to listen or attempt to modify their reinforced views.

Some things need to change. By 2020, I want people to catch themselves when a bipolar label starts to slip off their tongues, and I want the label to be recognized as the derogatory and hateful term that it is. I want society to recognize the physical nature of the disorder; to capitalize on the strengths of an individual with bipolar disorder instead of seeing the disorder as a weakness or a horrific flaw.

In order to do so, the public school system needs to implement awareness programs in their curriculum for young students. Reinforcement of a concept can have positive repercussions—we learn the social inappropriateness of the “n-word” and the archaic term “retarded” at a young age. Why not “bipolar”? Though progress of consciousness is slow moving, if we start now, we are that much closer to ending the stigma. I no longer want to feel ashamed and afraid of my identity, and I want the silent community of people like me to shed their fear and embrace their identity for our world to see.