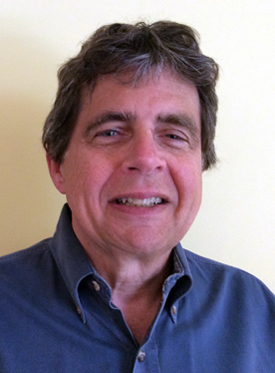 I define my life by one never-ending belief: I believe in me. That belief has guided me from hell into a fulfilling life based on resolve, personal growth, and learning.

During my school years, I left a trail of clues about my depression through photographs. Family pictures and class photos always showed me on the very end of a row with my eyes downcast, or me leaning away from my family with a look of unhappiness. High school, however, seemed to spark a turnaround. I was class president, in the top ten percent of my class, and the recipient of scholarships. I was Big Man on Campus!

College began a different kind of turnaround. In 1970, I experienced the first of what was to be six, three-month hospitalizations, marked by trips to the “quiet room”, my arms and legs shackled to the bed, a suicide attempt (the most successful failure of my life), and, in total, seven hospitalizations that sapped away a year-and-a-half of my life. Much of this was the result of ineffective treatment because of a misdiagnosis of paranoia schizophrenia. I fault no one. My behaviors could have easily been translated into that diagnosis by any professional.

In 1978, I received what I consider a gift: the diagnosis of bipolar disorder. With medication and a dedicated psychiatrist, my life turned a corner. I found the positive me. My seventh hospitalization lasted only two weeks instead of three months. I also landed a job as an advertising representative for a daily newspaper. The meds worked. I was growing.

These changes did not come easily. I worked diligently with my psychiatrists and took my meds without fail. I held several jobs, but none for long. I dated and married while still misdiagnosed; the marriage lasted nine months. Nothing seemed to stick for very long except my condition. Then I found the best medicine—I met a pretty, smart, lively young woman. We married after a year and we’re now entering our thirty-sixth year of matrimony. Cindy loves me for who I am; for both of us, my diagnosis doesn’t define me. We have two wonderful sons and life is good.

I started an organizational development business from which I retired seven years ago. Since then, I’ve acted, performed stand-up comedy, and I’m on the storytelling circuit. But perhaps my true legacy has come from my depression. I have founded groups for men dealing with transitional issues in retirement. We strictly avoid offering therapy. That said, we disclose issues of personal importance and bond through breakfasts and social activities. Many said this wouldn’t work—I’d heard that before! We currently have 12 groups of 130 men.

So, what did I learn? Simply this: to never, ever stop believing in myself. I never stopped taking meds and I never missed an appointment with a therapist. Today, I love growing and learning, even at 66. I always believed I would live a good life and I have. You can too!