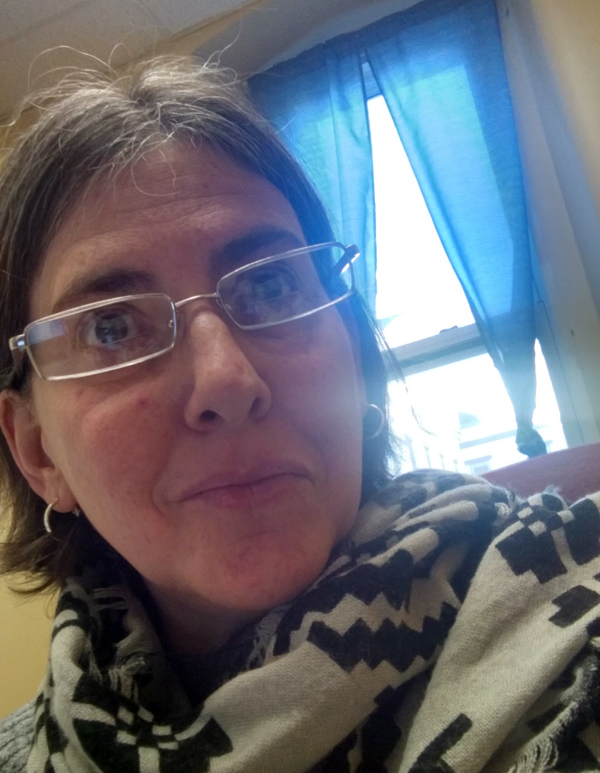 I’ve had many years dealing with depression and mania. My symptoms started in my late teens. I would sit in despair and cry or lay in a stupor as though in a cocoon. Other times I would engage in tremendous parties, soar with spiritual ecstasy, or plan political take-overs. I suppose that since I was never suicidal early on, I didn’t receive help. I wasn’t all that familiar with bipolar disorder; I just thought this was life.

It wasn’t until I hit graduate school that things got out of control. I became so depressed and felt suicidal. A friend advised me to go to the student counselor. I remember sitting on a fire escape with my backpack in my lap, contemplating whether or not to go. I did. I spoke to the counselor for one hour before she politely excused herself and returned to say that my case was too serious for me to be seen there in the student center, but that I would need to see their psychiatrist. She led me down the hall to my first experiences with medications. My world was thus forever changed.

The next bipolar milestone had to do with mania. I began losing sleep due to creative thinking into the wee hours of the night. I wrote a thesis in three days and choreographed a ballet in a single night. I then began to make large political signs to place along the freeway. This is when the police arrived at the bidding of my boss and I was carted away to a psychiatric hospital. This was the first in a long line of hospitalizations, medications and electroconvulsive therapy treatments. I visited three community hospitals, each with lengthy stays while the doctors tried to stabilize me.

After these experiences, I decided to go back to school and received a Fulbright to go to Germany and do research. I attempted to do this without medication. It proved to be a year from hell with constant mood swings. I spoke at an international conference and returned to the States one month early to stabilize once again. Lesson: Don’t go off your medication. I taught in the university system for four years before deciding to work on my doctorate. There was a mix of support and negativity when people found out I was doing this. The major sentiment was one of displeasure and worry. But with an amazing therapist, doctor, certain members of my family and supportive friends, I accomplished my final goal with just three hospitalizations and one round of electroconvulsive therapy. I have been stable for years now. I work as a coordinator of an inpatient psychiatric unit and I am happy, finally ok, just fine.