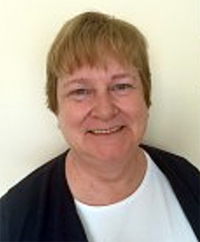 As with many of us I knew from an early age I was different from the children and adults that were in my life. I spent my childhood, school years and college riding the rollercoaster of bipolar disorder. I also grabbed onto things and people I defined as all good and put those judgements on a pedestal when those people and things failed to be perfect, I couldn’t see any value in them and would completely disregard and ruin the relationships. I joined DBSA about 5 years ago and attended only 2 groups. I came back because I found them again after a suicide attempt. I heard people saying the things I had been feeling for decades. I was so overwhelmed I broke down sobbing uncontrollably. For the first time in my life, I was not afraid of being judged, and I didn’t feel threatened.

DBSA became my life saver. If I hadn’t been able to attend support groups on a weekly basis, I’m sure I would have made another suicide attempt. I kept going to meetings and kept getting stronger. I was asked to facilitate a group and after much deliberation, I agreed. Later I was asked to serve on the chapter board of directors. Again I thought it over carefully. As with most of us with mental illness, we hold ourselves back from what other people may see of us because of our low self-esteem issues. I now serve on my local chapter board. I have learned I am safe at DBSA. I’ve learned I am accepted and I can be involved without letting the bipolar or the borderline personality disorder destroy my relationships with DBSA. I have also received remarkable help from a great psychiatrist and an even better psychologist. I’ve learned I need to identify my moods, triggers, and splitting. I have learned how to deal with them before they get a hold of me. Now I breathe. I talk things over with my professional support team and a trusted friend. When a trigger comes along, I frame it in ways I learned through therapy and by belonging to DBSA. I continue to attend groups.  I recently attended a DBSA Conference in New Jersey where I was able to shift the paradigm of my thinking:

I am glad to see DBSA emphasizing the idea we can move from Illness to Wellness. I hope everyone who has received mental health diagnoses can move along through their lives with wellness and thriving.