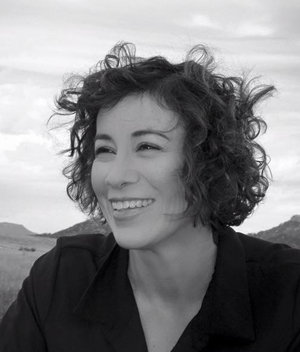 Even as a young child, I lacked impulse control and fear of consequences. If I wasn’t engaged and feeling like I was learning something new, I’d get bored very easily; I would start and quit things once I “mastered” them. I did this with the piano, the violin, acting, singing, writing, and as an adult college student. I dropped out of, then returned to, college more times than I care to admit. Jobs became an issue as well: I’m 45, and have had well over 30 jobs since I was 16.

As a teen, I was sexually promiscuous and engaged in other dangerous behaviors. I met my partner at the age of 14 and we are still together, despite the many separations I have caused. I have had many financial setbacks and done inexplicable things (waking people up at 2:00 a.m., making cookies and shoveling snow in the middle of the night, even disappearing for several days without telling anyone where I was).

After my diagnosis at 22, I started taking medications (due to a court order), then abruptly stopped the minute I completed my sentence. I remember being so sick that someone close to me said, “See, you are addicted. Bipolar isn’t real, it’s in your head. You’re fine, and the drugs make you weak.  You are a strong Latina woman.”

Twenty years later, I entered a manic state that almost led to a divorce. We were separated when my worst depression started. I somehow managed to get up and care for the kids, get them to school, and even go to work. I was in bed every night right after dinner, and often skipped showers to allow extra time for sleep. I lost my job and, as with past behavior, told no one. A year later I attempted suicide.

I talked myself out of a 72-hour hold when those close to me said it was an “accidental overdose” and that I’d be fine. For five more months I fought off the worsening depression, isolating myself and planning my next attempt. I became tired and admitted myself into an inpatient program. When I wrote about my experiences, I felt they were a family embarrassment that should not be shared outside the family.

Today I understand my boundaries and I maintain them. The people closest to me now accept my diagnosis, and I respect the boundaries of what they are comfortable discussing. I work in a mental health clinic as a peer specialist, and my clients keep me grounded. I have the best job in the world, a job I can retire from. At last I found a place where I can have a mental health condition and be accepted.