An open letter to The View : let’s support people living with bipolar disorder

Last week, we heard from a DBSA advocate who enjoys watching The View, ABC’s popular morning talk show. She was concerned about a remark that co-host Joy Behar had made on the March 30 show and wondered how we felt about it.

In her interview with author Jonathan Karl that morning, Behar had harsh words for President Donald Trump, who is the subject of Karl’s new book, “Front Row at the Trump Show.”

Saying she feels that Trump is “nuts,” Behar interrupted Karl at one point to speculate that the president might be living with bipolar disorder. Hearing her comments, we knew we had to respond.

At DBSA, we oppose mental health stigma in all its forms. We think it’s especially unhelpful when someone who takes issue with another person’s actions or views suggests that the person is “crazy.”

Here is the full text of an email I sent to two of the show’s producers, expressing DBSA’s support for all people living with bipolar disorder.

To the producers of The View :

I am responding to Joy Behar’s comment today that seems to link President Trump’s behavior with a possible diagnosis of bipolar disorder.

Even though I believe Joy’s comments were not intended to harm or stigmatize anyone, they were in fact inappropriate and hurtful. I’d like to explain why.

As you know, bipolar is a complex mental health condition that can be life-threatening. It’s much more than a pattern of random mood swings or a tendency to act in an erratic way.

Based on her comments, people might think that Joy is saying that bipolar disorder always leads to irresponsible or dangerous behavior. Or even that people with bipolar disorder should never be leaders. I don’t believe she intended to suggest these things, but her comments felt stigmatizing to us and to many of the people DBSA serves.

Countless people with bipolar disorder have created a personal path to wellness that empowers them to lead positive, productive lives. Many are superstars in their respective fields — sports, medicine, law, filmmaking, publishing, music, the arts and more. This reflects the fact that, with effective treatment, people can recover and thrive.

But stigma makes it hard for people to share what they’re going through and get the help they need. You can imagine why this matters so much right now, when millions of us – even those with no mental health issues – are feeling isolated, anxious and fearful.

I don’t believe for a moment that Joy intended to add stress to anyone’s life. That’s why I hope she’ll say a word or two to her viewers in the next day or so. A message of respect and support for those who have been diagnosed with bipolar disorder would do so much good.

Thanks for listening. And thanks to the good work the women of The View do every day to enlighten and inform us.

With gratitude and respect, 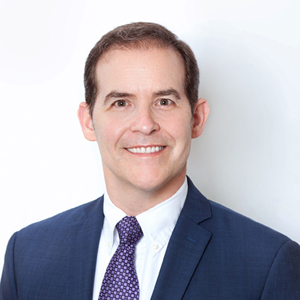